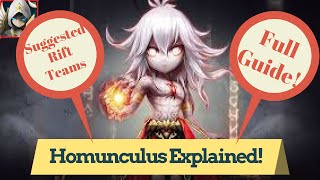 The Homunculus was said to be a powerful monster like no other. With the update is out, it’s time to put those words to the test! To obtain a Homunculus, you need to farm elemental crystals from the 5 new rift bosses. Unlike the original rift raids 1-5, these new dragons are single player bosses, one for each elemental type, and also affected by elemental advantages and disadvantages. Each requires a different strategy to beat, which I’ll outline here:

Wind Rift: Boss electrifies the group. Group will take great damage when electrified. Electric status will be removed when a monster is healed to 100% hp or your group damages the boss into the groggy state. MVPs: Perna, Verdehile, Chasun, Shihwa, Fire DPS on vampire runes.

Dark Rift: Boss immobilizes a monster on the front line with 30+ counters. Counters can be removed quickly with multi-hitting monsters or pushing the boss into the groggy state. MVPs: Multi-hitting DPS

The tank requirements for elemental rift raids are not as strict as R5, and many have crafted teams with 1 healer and 5 DPS. having two high defense monsters on the front line is still important as the boss does hit the front line like in R5, just not as hard.

Once you have completed a second groggy phase, the only thing left to do is bring the dragon’s hp bar to 0 one last time, and he will be defeated. If your team dies before you are able to defeat this 5th stage, you will get no higher than an A+ no matter how much damage you do. If you do defeat the dragon, but get less than 3 million damage, you will receive a score of S. Defeating the dragon and dealing over 3 million damage grants a SS score, and anything 3.5 million or higher grants SSS.

As you can imagine, higher scores grant bigger quantities of crystals as a reward. You will get at the very minimum several crystals of the elemental type you are fighting, and in smaller quantities magic crystals and pure magic crystals. Note: It will be very inefficient to farm a Homunculus if you are not able to score at least B or higher in the rift dungeons. 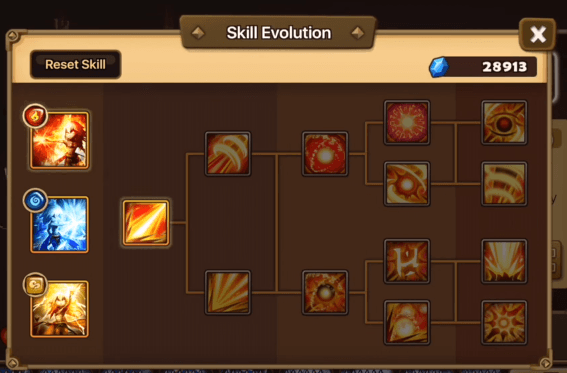 Once you have farmed 500 Fire, 250 Water, 250 Wind, and 500 Magic crystals, you are ready to summon your Homunculus! Go to your craft building, (build for 120k if you haven’t), select the Homunculus tab and craft your first Homunculus!

He will be a 5 star, unawakened, fire type. You may awaken him at any time now, and even if you awaken it into fire, you can still change it to water or wind and still maintain the awakened state. You now have your Homunculus, but the journey has just begun! You need to farm many more essences to strengthen the skills of your Homunculus. There are dozens of paths you can take, and it all depends on what kind of attacker you want to build. Single target vs, AOE damage, utility and speed vs extra damage, and many more options.

Even without being the best monster in its class, the Homunculus is very powerful, and can fulfill an important role for summoners missing Zaiross or Verad. Here are the skill multipliers for each Homunculus skill tree courtesy Xzandro from reddit: 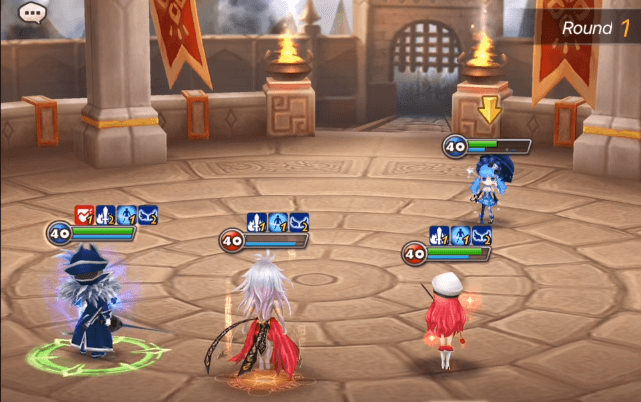 Look for a confirmation email. In some rare cases this may take several minutes.

We have sent you an email with a password reset link.

We have sent you a new activation email.